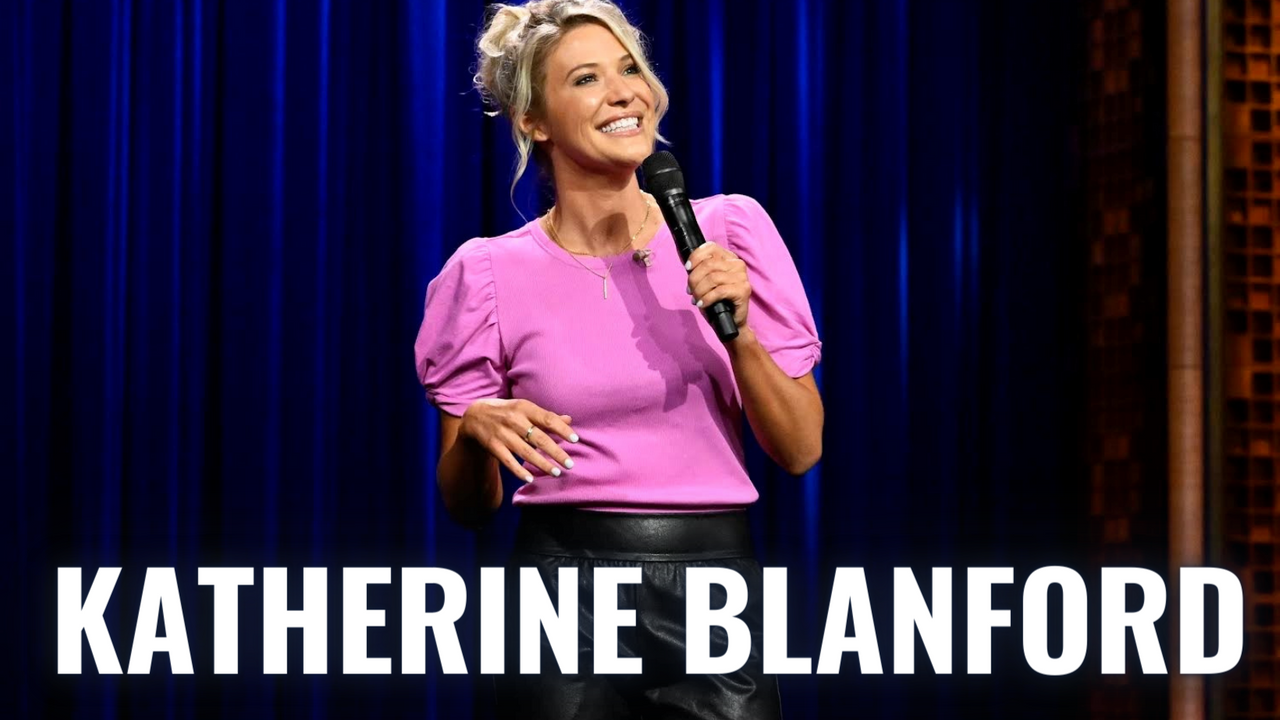 Our guest this week, Katherine Blanford is an Atlanta-based comedian who recently made her television debut on The Tonight Show starring Jimmy Fallon. She has opened for many top-notchers including Jeff Foxworthy, David Spade, and Ron White. In this conversation we talk about how she has built her career as a performer and gets better and better at her craft.

WHO IS KATHERINE BLANFORD?

Katherine Blanford has brought her human Golden Retriever presence to stages across the country. The Atlanta-based comedian recently made her television debut on The Tonight Show starring Jimmy Fallon. She has opened for many top-notchers including Jeff Foxworthy, David Spade, and Ron White.

She shares the true confessions of a washed-up Pediatric Waste Management Specialist (a nanny) and war stories from the front lines of brunch. Her humor has taken her to festivals across the nation including Limestone Comedy Festival, Laughing Skull Comedy Festival, 10,000 Laughs, Burning Bridges Festival, and Red Clay Festival. Her debut album, Salt Daddy, was released in June 2022.

You can catch her weekly co-hosting her podcast, Cheaties, with fellow ATL comedian, Lace Larrabee. The juicy series follows two comedians interviewing guests about their personal stories of cheating and being cheated on and helping each other heal through laughter. Cheaties has been consecutively ranked in Podcast Magazine’s Hot 50 and continues to climb the charts.

* Disclaimer* This content is for educational and entertainment purposes only. We are not giving financial or investment advice.

GET THE FREE GUIDE

Enter your details below to get this free guide.